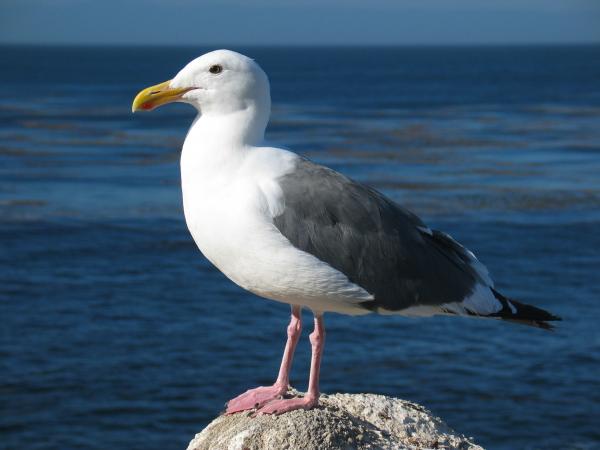 Thank you for inviting me today. It’s a true honor to stand here in front of you.

I’m Harry and I am, as you can see, a seagull. I just reached middle age, celebrating my 27th birthday last month. Quite a party. I know, who would have known that us seagulls live longer than… I don’t know?… Three? Four years? Well, then here’s another surprise for you: My grandmother passed away last winter at the age… of forty seven.

Sorry, I’m not here to talk about age.

Maybe you’ve wondered why I’ve been standing a bit on the side like this, not really facing you? Well, it wasn’t to show my awesome profile. It was rather… to hide…. this.

Yup, I have only one wing.

You can call me Left Wing Harry. Which goes well with me being a true humanist.

It wasn’t caused by an accident. No, I was hatched this way. It’s rare but it happens. The reason you hardly ever see a one-flapper is because the flock considers us a problem and a burden. So they in general advocate for getting rid of us as soon as possible. Understandable in a way, because for some time we are completely dependant on the rest of the flock. Actually, most one-flappers are dependant on the flock their whole life.

I have my parents to thank for standing here in front of you today. They took a great blow going against the will of the flock. And seagull flocks are huge. It’s not an easy thing. The louder you scream, the more you win. And of course, the flock won. My parents promised to take care of what needed to be taken care of. But instead of taking care of my disposal, they went to this dove nest and placed me there. Lucky me. I was suddenly the only child in a flock of three. To be honest, I’m not sure my new parents ever understood I wasn’t a dove. They did however understand I only had one wing. And they tried so hard, being so incredibly supportive. They actually encouraged me to jump out of the nest. Well, it was kind of a necessity too. I had outgrown their whole home.

Sooo. I jumped out from the nest. And crashed. And it hurt. Like a…. Yeah.

Before I climbed back up, my father told me to wait for a little bit. So they built me a new nest a couple of branches below my old one. But they took their time. And in the meantime I felt like a failure, not being able to do what every other bird could do. Yeah, I know there are penguins and stuff, but you know what I mean. I am a seagull. Seagulls are known for their daring flying skills.

So one day when I was still waiting for my parents to finish the nest I was walking by the canal. I was feeling sorry for myself, wondering if it was worth it to stick around. Then I got completely thrown out of my thoughts when I heard this loud “Heee haw! Heeee haw! Heee haw! One, two! Show what you can do! One two!”

A whole lot of rowers. Using both oars, using the one oar, depending on their heading.

And that’s when I got it.

Flap on the one side, move kind of forward, flip around on my back and flap on the other side.

So healthy! And I see more than most of my fellow seagulls do.

Take that on, students. A bit to the left and a bit to the right to keep your life going fairly straight!